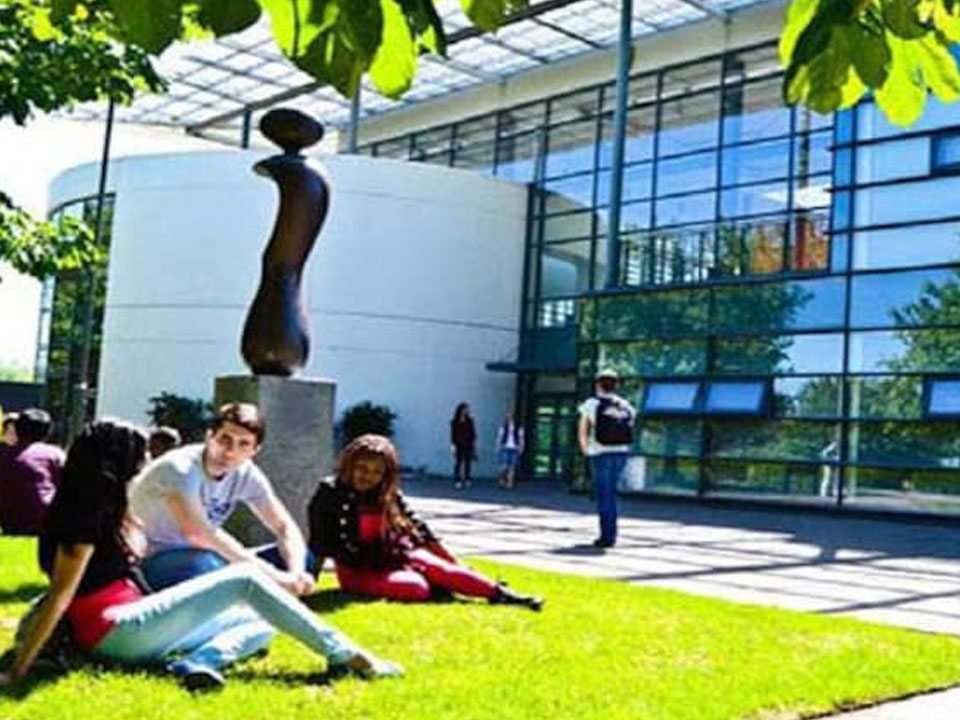 Why study in Ireland

Ireland is known as the ‘Land of Saints and Scholars’ has the fourth highest standard of education in the world. The area-wide number of reasons, students should opt study in Ireland. The fact that it is an EU member state makes Ireland one of the most preferred study destinations for international students. It offers a high standard of education, career opportunities and an affordable cost of living that come with a niche lifestyle.

Another fascinating thing about Ireland is that 40% of its population is the young aged group which makes the country very lively and vibrant. Students can even avail post-study work visa opportunities in Ireland.

Being a popular study destination, the country offers wide opportunities to students to network with students, professors, and skilled professionals from around the globe. Studying here definitely gives a great start to a successful career. Ireland is regarded as a safe country to study and live in.

Ireland is one of the most popular study abroad destinations in Europe. Its universities offer first-rate education in a traditional, yet modern setting. Thousands of study programmes at over two dozen schools attract international students from around the world.

Quick facts about the history of Ireland

Located in the north-western fringes of Europe, Ireland’s history is long and complicated. The first great tribes to establish themselves on this island were known as the Celts. The customs, myths, and languages of these peoples are still very important to modern day Irish citizens. While Irish Gaelic is still an official language and adorns, with English, every street and other official sign in public, it is spoken only by a minority, as everyone in Ireland today communicates in English.

During the Middle Ages, Ireland was a haven for Christian monks and scholars. St. Patrick, originally brought to Ireland as a young slave, famously converted the “Emerald Isle” to Christianity in the fifth century, and well over 70% of all Irish people identify as
Roman Catholics today. On the supposed date of his death, the Irish celebrate their national holiday, St. Patrick’s Day, in Ireland and around the world.
Ireland had a long troubled history under British rule from at least the 1500s till the mid-1900s when the Republic of Ireland was formed as a separate nation. Ireland’s problems were compounded by great potato famines, high unemployment, and numerous political upheavals. In the second half of the 20th century, the conflict in Northern Ireland between republican (i.e. Irish) and unionist (i.e.
British) groups grew violent. This era prior to successful progress in the peace process, in particular 1969 to 1998, is often referred to as “The Troubles”.
However, throughout it all, the Irish people never lost their tenacity and humour. When you meet people and make friends in Ireland you will soon experience their good nature and their genuine interest in other people from around the world.

People who love nature, literature, and ancient history will really enjoy studying in Ireland. The Irish people are well known for their conviviality, and many of the cities outside of Dublin work hard to preserve their rich heritage, giving you many opportunities to explore the country. Also, since Ireland is so close to the United Kingdom, you can easily travel to and/or network in major cities like London, Edinburgh, and Glasgow.

Ireland is home to some of the finest universities in the world. Some of the key fields Irish universities specialize in include the natural sciences, technology, economics, and the humanities. Across Ireland, there are two dozen universities and institutes of technology to you can apply to. Getting a Bachelors or Masters in Ireland is a great experience for your professional development, but more expensive than elsewhere in Europe. Of course, how much you ultimately pay will depend on a great number of factors. Typical tuition fees in Ireland range between 9,000 and 45,000 per year to both at undergraduate and graduate levels; Europeans who study in Ireland have the privilege of receiving free undergraduate tuition. Cost of living depends on what city you’re staying in, but you should expect to pay between 7,000 to 12,000 annually on accommodation, food, and other things.

In the past three or four decades, after becoming a member of the European Union, Ireland quickly turned from Europe’s poorhouse to Europe’s economic powerhouse. Structural reforms have led to a viable boost and attracted many multinational corporations – and especially technology companies – to set up their European headquarters in Ireland, including the likes of Google, Airbnb, Pfizer, Dell and others. Therefore, Ireland offers numerous opportunities for graduates with an international background. If you study in Ireland, you stand a good chance at finding a job and staying in the country after you graduate.

Getting there and around

Almost all international connections to and from Ireland go through Dublin airport. There are a few smaller airports throughout the country, mostly serviced by low-cost carriers like the Irish airline Ryanair. Once you’re there, it is easy to explore Ireland by train or by bus. Crossing the country from one end to the other is manageable in less than 4 hours.

Why Study In Ireland?

Ireland has a long history of welcoming international students going back more than a thousand years. In the dark ages of 7th century Europe, Ireland was a beacon of learning, and students from around the continent travelled to study in Irish monasteries. We continue that proud and historic tradition today, and for the past 50 years Ireland has been a location of choice from students around the world, including North America, Europe, the Gulf and Asia.
An education in Ireland is a transformational experience, which adds significant value to the personal development and economic potential of our graduates and binds them to the global Irish family, a network which will continue to be open to them no matter where in the world they travel.

We have a range of strengths which give us a competitive advantage:

In the past thirty years, successive Irish Governments have put enormous resources into education and research. The reputation of our higher education system has grown considerably, and our research is now making an international impact. Our educational infrastructure is of a very high l evel. All of our universities and the Dublin Institute of Technology are ranked in the top 5% globally.

We have supportive learning environments?

Leading Global Companies are in Ireland?

We hear again and again from CEOs of cutting edge companies that the strengths of Irish -educated graduates are crucial to their decision to establish in Ireland. These include companies like Boston Scientific, Apple, Intel, Pfizer, IBM, Citi, Face book, Yahoo, Google and LinkedIn as well as:

Our visa and immigration system has been substantially reformed, and is now globally competitive. Turnaround times and approval rates compare favorably to our competitors in all major markets.

The levels of educationin Ireland are Primary / Secondary and Higher (often known as “third-level”) education. In recent years Further Education has grown immensely. Growth in the economy since the 1960s has driven much of the change in the education system. For universities there are student service fees which students are required to pay on registration, to cover examinations, insurance and registration costs.